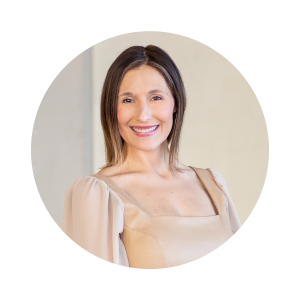 Trinea Gonczar is a survivor and advocate for victims of sexual abuse including those who are impacted as a result. As a former gymnast from Lansing, Michigan and a survivor of the disgraced doctor Larry Nassar, Trinea’s victim impact statement went global hours after she spoke. Her statement was aired on BBC, Al Jazeera, and World News Tonight. Exploring options for other survivors in her case, she recognized that even in such a public spotlight, unfortunately there were minimal resources for survivors. In her search, Trinea found, Founder and Executive Director, Kimberly Hurst and Avalon Healing Center. Realizing that in most cases of sexual assault, resources such as Avalon Healing Center, were given after the assault or in crisis. Trinea’s focus is to raise awareness and to elevate Avalon Healing Center’s business model nationally and globally so that people know of their services before any assault or trauma occurs. Trinea currently serves as the Director of Development at Avalon Healing Center.

Trinea was featured in the HBO documentary At the Heart of Gold: Inside the USA Gymnastics Scandal, she speaks nationally about her experience and has received numerous accolades, including ESPN’s 2018 Arthur Ashe Courage Award, of which inspired the name of her first child, Ashton (Ashe) in honor of the award. Trinea also received the Humanitarian Award from the Foundation for Global Sports Development and the Humura Award from the EDJA foundation. She has been named one of Glamour Magazine’s 2018 Women of The Year. Trinea was also featured on the NPR podcast “Believed” as well as the Audible book “Twisted”. She was selected as part of the speaker panel “Sister Survivors Round table” on ESPN. Trinea was also featured in the book “The Girl’s” by Abigail Pesta and “Start by Believing: Larry Nassar’s Crimes, the Institutions that Enabled Him, and the Brave Women Who Stopped a Monster” by John Barr and Dan Murphy. Gonczar also serves on Michigan State University’s Sexual Assault Nurse Examiner Advisory Board.

Trinea spoke at both the 2019 and 2020 United Nations Survivor Townhall with the group RISE, in hopes to help pass the World Wide Survivor Bill of Rights. Trinea has spoken on multiple panels and educational summits, congressional hearings and international medical forums. Trinea spoke at the University of Kansas Law, Aspen Ideas Festival, HBO Tribeca Film Festival, Women Sports Film Festival, University of Pennsylvania, Amazon Awesome Days and She Power Sport. Trinea Gonczar is a survivor and advocate for victims of sexual abuse nationally and globally.